Roger is a retired school administrator and educational consultant, Rodger spent 25 years as a principal and director of instruction prior to joining the Illinois State Board of Education as a consultant responsible for evaluating and improving schools. He also served on the board of the Illinois Principals’ Association for 18 years including four terms as Regional Director. He served on the Tremont Village Board as Chair of the Village Finance Committee and as President of the Tremont Recreation Association responsible for providing summer programs for area children. He is a member of the United Methodist Church and has served as a certified lay leader and as a member of the Pastor-Parish Relations Committee. He and his wife, Jeanette, have been active at Trilogy on the former Bingo Committee and in the Fun Savors Club 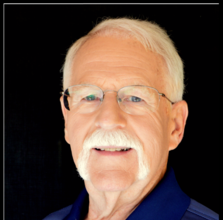 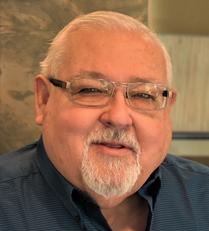 Don Vangsnes, Director
Don is a North Dakota native who moved to Trilogy in 2012 along with his wife  Marcia. A lifelong educator, Don taught elementary education for a few years before moving into higher education administration, and eventually into private business as a research and evaluation consultant. He has undergraduate and graduate degrees from the University of North Dakota and a PhD from Arizona State University.

Don previously served on the Board of Storer Camps (Toledo YMCA) and participated in annual volunteer efforts after working summers there during his college years. Still working part-time with his consulting business, Don is looking forward to contributing to the Foundation’s efforts to support seniors in in the East Valley.  His leisure time is spent on the golf course.

​Sue Marcin, Treasurer:
Sue is a native of Western New York (Buffalo area) and a graduate of State University of New York Oswego.

She retired in 2014 from a 30 year teaching career. For twenty years of her tenure she served as an extracurricular activities Advisor Skills USA Club, a National leadership program for teenagers. In addition to her teaching duties she also served as the Mentor Coordinator for the district during her last five years before retirement. Sue is a former Board member for the Castile, NY Library. She also served as President for the Castile United Fund.

In 2014, Sue and her husband, Joe, moved from the Finger Lakes region of New York to Trilogy at Power Ranch and have been active in the Trilogy community. They have two children and five grandchildren.Sue has been a volunteer at the Trilogy Box Office, Library, TPRF Golf Tournament and is active in several Trilogy groups and clubs. Her community service demonstrates her good character and strong commitment to helping the organization reach its mission and goals. Sue joined the board in early October 2019 and looks forward to working with the TPR Foundation​ 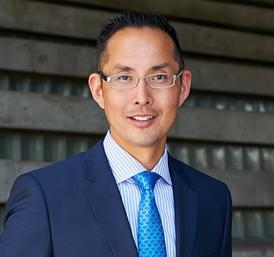 For more than 40 years Dr. Katz has served as a management/financial consultant to not-for-profit and investor owned health care provider organizations; since 1990 as President of Katz & Associates.  He is on the adjunct faculty at the University of Massachusetts, School of Public Health and Health Sciences where he teaches healthcare finance to masters and doctoral students in the on-line public health program.  He serves the Town of Gilbert, AZ as Treasurer of the Town of Gilbert, AZ Public Facilities Municipal Properties Corporation and previously served on the Town’s Industrial Development Commission.  He is Chair of the Trilogy at Power Ranch Finance Committee and has served on other CA committees.  Previously, he chaired fund raising committees for the Combined Jewish Philanthropies in Chicago and Boston. In addition, he chaired or served as a member of Town committees in Sudbury and Southborough, Massachusetts. 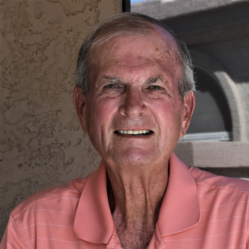 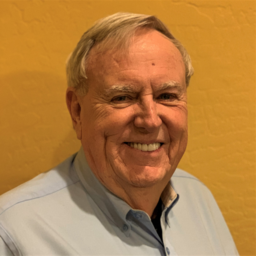 Stu retired in 2002 after a successful 38 year career in fundraising and public relations at five private denominational colleges in Michigan, Kentucky, West Virginia, and North Carolina. He also was elected to twelve 2-year terms as a Gratiot County Commissioner in Michigan and served as its Chair for 10 consecutive years. He and wife Debbie have been Trilogy residents for 15 years where he has been Chair of the Facilities Committee, Vice Chair of Planning, member of the Expansion Construction Task Force and member of the Street Light Committee. In 2015 he was elected to a two-year term on the Trilogy Board of Directors and was its President for one year. During his career he served on Salvation Army, United Way, and Economic Development Boards and was a Director of a bank in Michigan. He holds an undergraduate degree in Economics from Alma College (MI), and a Masters Degree in Guidance and Counseling from Michigan State University. The Strait’s are members of the Company of Friends, Bocce, and Fun Savers Clubs in Trilogy.

Mike is a native of Kansas. He was born in Kansas City and is a graduate of Kansas State University with a degree in Economics. His career was spent in management in both the corporate world and as the owner of a small business.  He retired in 2008 and moved to Arizona with his wife Kay.  He is active in Trilogy as chairman of the facilities committee and writes for The San Tan Press.  His hobbies include tennis and golf.  He is excited to be part of The Trilogy Foundation. 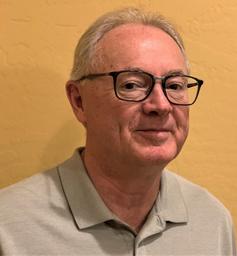 Rich is a native of Wisconsin and is a graduate of the University of Wisconsin-Stout. After graduating Rich went to work for Hormel Foods Corporation for 33 years in several different areas, Sales/Sales Marketing/ National Accounts/Product Management and retired in 2008.

Rich decided to go into a second career of Real Estate and works with Coldwell Banker Residential Brokerage working in the Gilbert – Chandler area within the active adult communities. He is enjoying this and is looking forward to bringing his experience to the Foundation.

Bob was born and raised in Boston, Massachusetts and attended Northeastern University. Served in the Massachusetts National Guard for six years. Married in 1972 to Patricia and have three children and eight grandchildren. Lived in Needham, MA for 38 years and moved to Arizona in 2010.

Volunteer Firefighter with the Needham Fire Auxiliary. Served as a Town Meeting Member and Committee Member on the town’s Fire Station Study & Planning Committee. Member of the National Exchange Club, Needham Chapter. Volunteer Coordinator of Boston’s Salvation Army Emergency Rehab Team. Served 32 years on the Board of Directors of a 501(c)(3) non-profit Corporation, the Boston Sparks Association, Inc. that owns & operates the Boston Fire Museum. Past President and now Life Member. Managed the restoration of a former Boston fire station built in 1890 into a museum.

In 2012 retired from Avnet E/M after 43 years in the Electronics Distribution Industry. Severed in various management positions in both Sales, Marketing and Operations in Boston and Phoenix. Member of the Presidents Club and received the President’s Award for Outstanding Engineering and Marketing Campaign in 2010.

Presently a volunteer at  the Hall of Flame Fire Museum of Phoenix and Treasurer of the Hall of Flame Volunteer Organization. Vice President of the IFBA, (International Fire Buff Association) Region 7. Communications & Webmaster for the TPR Pickleball Club and the TPR Foundation, Inc. Staff Member/Photographer for the San Tan Press of Trilogy at Power Ranch. 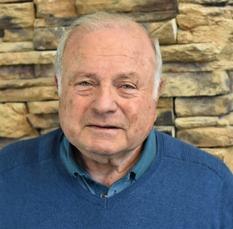 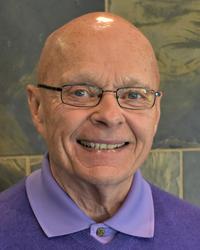 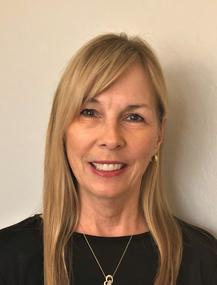 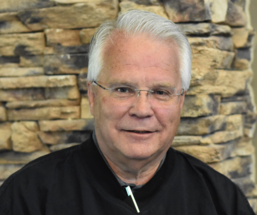 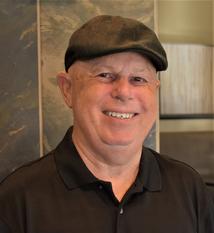 Fred is a retired lobbyist/consultant with degrees from Rutgers and Alfred State   University’s.
He enlisted in the Marine Corps in 1964 thru 1968 active duty and from 1968        thru  1971 in the Marine Corps Reserve with the rank of E-6, Staff Sergeant when   released from military duty.

Fred started his working career with the Budd Company in 1970.  He then     moved to Hornell New York and joined Morrison-Knudsen as Manager of Marketing and Government Affairs.  In 1996 Fred started his own lobbyist/consultant firm and was awarded contracts with companies located in Denver, Colorado, Milwaukee, Wisconsin, Sacramento, California and Seattle, Washington.  In 1966 Fred relocated to Washington, DC and had contracts with various government agencies.

Fred retired in 2013 and moved to Trilogy.  In 2014 thru 2016 Fred helped to create the Exchange Club in Chandler, AZ and is an active member in the Arizona Community Church and is presently serving on the ACC Men of Action Advisory Board, in Tempe, Arizona

Fred holds lifetime memberships in the VFW and the American Legion.  He has served on the St. James Mercy Hospital Board in Hornell, NY, was a member of the Regional United Way Board Southern New York State, the HOA Board in Alexandria, Virginia and the Salvation Army Regional Executive Advisory Board in Washington, DC.

through  two major U.S. recessions, Peter serves as a resource and partner to   his clients.  Having previous positions as a branch manager and training         coordinator for a major investment firm in the Phoenix metropolitan area, his    unique industry knowledge provides the additional insight clients value in navigating them toward their financial goals.

Drawing from his military experience as a Cadet at West Point and with a comprehensive perspective in wealth management, Peter is disciplined in developing customized investment strategies for high-net-worth clients.  He specializes in providing investment advice that often involves tax efficient investing, wealth transfer strategies, and retirement planning.  As your financial advisor, Peter will work tirelessly to manage your significant life changes by offering solutions that focus on the short and long term outcomes of your collective decision making.

His practice offers a suite of services catering to corporate executives and business owners to maximize their personal and business assets along with providing lending solutions.  With respect to the many recognized designations he holds, Peter is also a Retirement Plan Consultant with UBS.  This distinctive title allows Peter to assume a fiduciary role in the implementation and management of qualified plans.

Peter resides in Gilbert, Arizona with his wife and two daughters.  During his free time, Peter enjoys traveling, running, and finding worthy causes to make a difference in the world through his family foundation.

Jerry is  a Hoosier and graduated Indiana University in 1965. He Met Sue in his     sophomore year and we were married in August of 1965, two months after they graduated.
He began working for Fireman’s Fund  in June 1965 as a claims trainee and​ retired in 1997 as senior vice president a chief claims officer of Interstate National Corporation, subsidiary of Fireman's Fund.

After retirement, Jerry became involved in civic activities. He is a former chairman of the council for Aging. This covered 10 counties in South Central Kentucky. He was also on other boards involving senior housing, meals on wheels, etc..

In 2011, Sue and Jerry moved to Trilogy at Power Ranch. He joined the election committee and later the planning and facilities committee. He is a former chairman of planning. Jerry  was also appointed to the board for one year.

Currently,  He is the president of the euchre club in Trilogy and  was appoint to the TPR Foundation, Inc as a Director in October, 2018